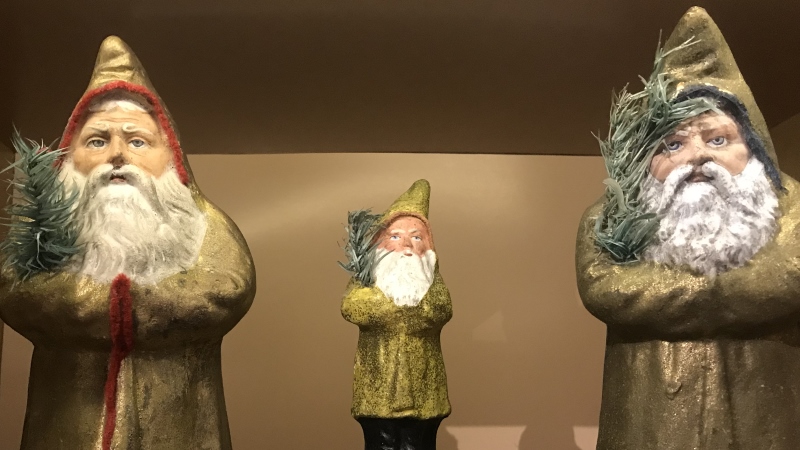 Courtesy of the Tom Rotella Collection, Toys to Treasures features over 25 German Santa figurines from 1890-1930. Santa Claus figures became popular in Europe in the late 19th Century as decorations for the home. Made primarily by villagers in Germany’s Thuringian Mountains, they were re-imagined as candy containers for children. Constructed of papier-mâché or composition, an easily molded glue-and-pressed paper mixture, they pulled apart to reveal a hollow interior filled with sweets. After being opened by children, candy containers became toys or were hung on Christmas trees or otherwise displayed. Because many were damaged when opened by overly excited children or thrown away once their treats were emptied, most were lost. The ones on display are rare for both their size and variety and their fine state of preservation.