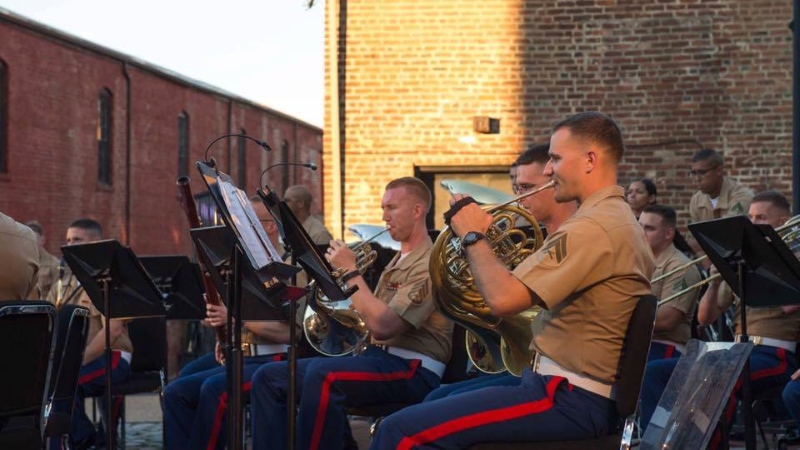 Established in 1918, the Quantico Marine Corps Band is one of the oldest professional musical ensembles in the Marine Corps. The band is comprised of a ceremonial band and concert band equipped to provide musical support as directed by the Commandant of the Marine Corps and the Commanding Officer of Marine Corps Installations National Capital Region-MCB Quantico. The band’s mission is to provide musical support that will encourage community relations, enhance troop morale, and promote the Marine Corps recruiting program through its demanding performance schedule. As well as musical support, the members of the band also fulfill their duties as Marine Riflemen. In support of the War in Iraq, 17 members of the band were attached to Task Force National Capitol Region and deployed conducting combat operations. These Marines returned to the band in June 2008. The Quantico Marine Corps Band has received numerous military and civilian citations, letters of commendation and letters of appreciation. The group entertains audiences performing classic to contemporary pieces at more than 350 performances annually across the Eastern Seaboard, covering more than 50,000 miles

For more information on this event, please contact Denise Smith.